The quartet is led by Mei Han, celebrated for making the Chinese zither whisper and growl, heralded as the “Zheng Master” (Montreal Gazette). She is joined by Guilian Liu, internationally recognized as one of the world’s premiere pipa (Chinese lute) players, Zhimin Yu, established as the only daruan (bass lute) virtuoso in North America, and award-winning multi-instrumentalist, Geling Jiang. All born in China, Red Chamber collectively have personal stories that include Isaac Stern, Herbert von Karajan, Seiji Ozawa and numerous heads of state.

This outstanding ensemble of seasoned international performers is constantly stretching the boundaries of traditional Chinese instruments, bringing them to the world stage to perform music at its finest. With dazzling technique, alluring presentations, and exceptional musical experiences that heed no limits, Red Chamber’s concerts are absolutely not to be missed!

The press has commented that with Red Chamber “Chinese music has never been so exciting and scintillating, with passion power, and sheer energy” (Moors Magazine, Holland), and that “these virtuosic performers set the stage on fire with hot licks, power and passion” (CBC Radio, Canada), and as “top instrumentalists with an adventurous approach to music that includes a mix of Chinese music with American bluegrass and Eastern European sounds” (World Music Central).

Red Chamber’s first CD “Redgrass” fostered a viral video of the same name with Bluegrass mandolin luminary John Reischman that became a Youtube hit. Their second CD “Gathering” was compared to those of the Chieftains and became #1 on the College Radio Circuit in Canada, and their third CD “Classical and Contemporary Chinese Music” on the ARC Label became Top Ten in Europe and won them a Best World nomination by Songlines Magazine. They support their releases with tours throughout North America, Europe and Asia to the world’s most prestigious stages and festivals.

Simply put, Red Chamber has redefined Chinese music, and clearly brought it to the 21st Century.

“Classical & Contemporary Chinese Music” is the new album of traditional and original compositions by zheng master, Mei Han. As is often the way with the world’s premiere musicians, Mei Han’s career was very hard-won.

As a young girl in Maoist China, Mei Han would travel by herself along punishingly rough country roads by bus to her weekly lessons. Jostled for long hours on the painfully hard wooden bus benches she would carefully guard a basket of eggs or a bag of rice as the only payment for her lessons. Her studies were in the traditional manner, one on one, with the last of the traditional zheng masters, Gao Zicheng (1918-2010), learning to sing the scores before even touching the instrument to play. In time, she overcame many other hardships to be master Gao Zicheng’s most accomplished protégé, taking the highest position in the country for a zheng soloist at the age of 19.

Early obstacles instilled in Mei Han – pronounced May as in the month and Han as in fan – the necessary discipline and determination to master this elegant instrument and bear the weight of carrying forward 2,000 years of tradition.

An ancient Chinese zither, historical records place the zheng’s origin between 475-221 BCE, which is why it sometimes is referred to as a guzheng, as “gu” means old. An instrument of the imperial court as well as in folk ensembles, the zheng changed little until the early 20th century when the traditional raw silk strings were replaced by steel and now nylon-wound steel strings. Over the centuries the zheng increasingly gained more strings from 12 to the present-day 21, and is played with fingerpicks from ivory, tortoise shell to plastic. The highly expressive nature and natural beauty of the zheng led to the development of offshoots within the region including the Japanese koto, the Korean gayageum, the Vietnamese đàn tranh, and the Mongolian yatga.

Mei earned her Ph.D. in Ethnomusicology at the University of British Columbia, Canada. She is now Associate Professor at Middle Tennessee State University and the founding Director of the Center for Chinese Music and Culture at MTSU, on the outskirts of Nashville. She contributed the zheng entry for the New Grove Dictionary of Music and Musicians, and entries for the zheng and other Chinese instruments for the Grove Dictionary of Musical Instruments. In addition to teaching, Mei continues to perform traditional Chinese and cross-cultural contemporary music internationally.

Mei Han has continued travelling since those early days and has earned her place as one of the world’s leading performers and academic authorities on the Chinese zheng.

Mei Han is recognized internationally as a leading virtuoso and authority on the zheng. The Montreal Gazette called her “The Zheng Master” and the Calgary Herald referred to her as a “virtuoso of the first order”. Han was the zheng soloist at the Zhanyou Orchestra, Beijing, also performing on liuqin and ruan. Since 1990s, she has performed and lectured on Chinese music worldwide; recorded two Juno nominated CDs; and created a large repertoire of new music, contemporary chamber music, free improv, and world music for the zheng. She has performed with Orchestras in China and Canada, and been the subject of national TV in Canada and radio specials around the world. She received her Ph.D. in ethnomusicology from the University of British Columbia, and contributed the zheng entries for the New Grove Dictionaries.

Guilian Liu is one of the world’s premiere pipa masters. Graduating from the Central Conservatory of Music, Beijing, Liu became the Principal of the plucked string section of the Chinese Orchestra of the Conservatory and the Director of the Shanghai Pipa Association. She was featured performing in the Oscar winning documentary “From Mao to Mozart – Isaac Stern in China” (1979), and was the first prize winner of the Chinese National Instrumental Music Competition. Liu has performed around the world, and her superb expressiveness and impeccable techniques were praised by renowned conductors Herbert von Karajan and Seiji Ozawa.

Zhimin Yu is a zhongruan and daruan virtuoso. A principal player with the prestigious Chinese National Broadcast Orchestra, Beijing, she toured to numerous countries playing for historic world leaders. Since immigrating to Canada in 1989, she has become one of the most sought after Chinese musicians in Vancouver and has performed with many cross-cultural projects spanning the chamber, jazz, folk, and world music genres. Yu is an active composer writing for a wide variety of Chinese and Western ensembles. Yu’s performances redefine the ruan, bringing it into the 21st century.

Geling Jiang is an award-winning multi-instrumentalist, who started her professional training at age of 10. After graduated from the Wuhan music Conservatory, she became a member of the Chime Bell Ensemble of Hubei province for 20 years, with which she recorded numerous radio broadcasts, TV programs, and films; and performed tours to the United States, Japan and Singapore. Trained initially as a sanxian player, she also regularly plays the zheng, pipa, ruan, jing erhu and numerous historic Chinese instruments. Geling has recently started to compose for her instruments in combination with Asian and western instruments.

“Worthy maestro of the Chinese zither. (…)The ensemble playing is consistently tight and dynamic, exemplified by thrilling ensemble arrangements of pieces traditionally performed by solo traditional instruments. This is a recording that succeeds at continuing a long tradition as well as being innovative and contemporary.” (★★★★, Top of the World, Songlines)

“Chinese music has never been so exciting and scintillating, with passion power, and sheer energy” (Moors Magazine, Holland)

“Top instrumentalists with an adventurous approach to music that includes a mix of Chinese music with American bluegrass and Eastern European sounds” (World Music Central, USA)

“Passion and intensity keep the listener riveted, eagerly anticipating every note as the music unfolds with elegance and poise. An eclectic musical experience of the highest quality.” (Wholenote, Canada)

“Tour de Force! Equally at home inside and outside the wall of tradition, giving disparate material a unity of sound and purpose. The rules are clearly theirs to break.” (Far Eastern Audio Review)

“Their fluid rapport keeps all options open, leaving the listener with the idea that the music can go anywhere at any moment” (Point of Departure)

“A highly accessible and attractive album of zheng duets, their mission is to rescue the zheng from the highly hysterical sentimentality that pervades much Chinese music, and then gently propel it down paths, such as improvising over riffs, that a Western mind might naturally explore. Skillful and forceful playing.” (The Wire) 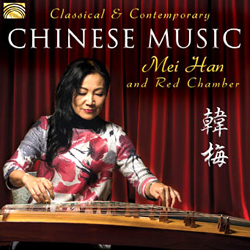 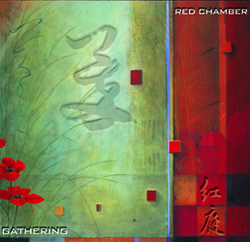 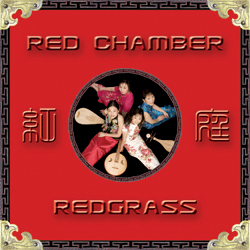 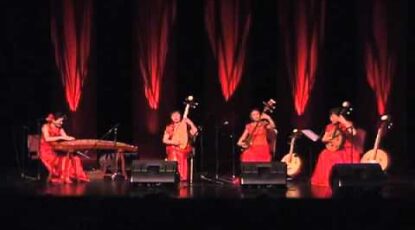 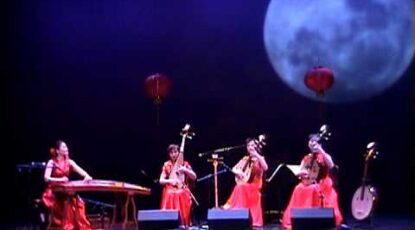 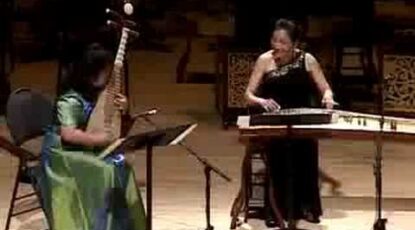 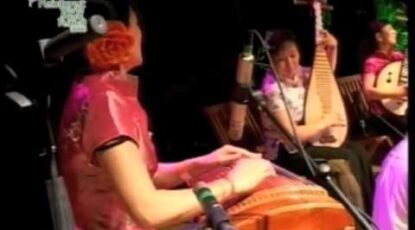