Brazil’s Badi Assad is one of the most innovative, passionate and talented Artists of all times and is lauded as one of the world’s most unique and cross-transcendental performance artists of this generation. She transcends traditional styles of her native Brazilian music with a mixture of pop, jazz and world/ethnic sounds from around the world. As a result, the extraordinary singer, guitarist, and percussionist is successfully forging an exhilarating genre of music that quite literally defies categorization.

What makes Badi Assad so unique is her hungry pursuit of performance experimentation that no other artist has done: She combines an extraordinary guitar talent, a unique mouth percussion, beautiful singing, combining a rhythmic body movement, to create an exciting, fresh music sound, and leaving spectators… simply… BREATHLESS. Indeed, watching Badi perform is like witnessing a spiritual phenomenon. How she does what she does all at once, and delivering an extraordinary performance, is quite unbelievable.

As a singer, Badi is vibrant and electric, responding to her inner passion with deft creativity. As a guitarist, she has inspired audiences and critics worldwide with a unique combination of technical mastery and innovation that has caused many to re-examine their notions about the instrument. Through it all, Badi’s adventurous spirit and buoyant personality have become an integral part of her music.

Badi Assad was born in the small city of São João da Boa Vista, São Paulo, Brazil. Her early years were spent in Rio de Janeiro, where the family moved to support and develop the budding talent of her brothers, Sérgio and Odair, the famous classical guitarists ‘Duo Assad’.

Watching her brothers’ musical development had its effect, and her introduction to music came at her mother’s urging. “I began to learn piano when I was eight, but all we could afford was a little electronic Yamaha which was made for kids, and I practiced on it until my hands outgrew the keyboards.” Her guitar studies began in earnest at age fourteen, playing with her father, an amateur mandolin player. Within that year, she won her first competition at the “Concurso Jovens Instrumentistas for Young Musicians”, in Rio de Janeiro/1984.

In 1987, at only 17 years old, she was named “Best Brazilian Guitarist of the International Villa Lobos Festival.” A year later, Assad recorded her first solo album, entitled Dança dos Tons which was released only in Brazil. Soon after, Badi was selected out of two hundred women to perform as one of two vocalists in the play Mulheres de Hollanda. The theatrical collage of songs by Brazilian composer Chico Buarque ran five days a week for over a year garnering rave reviews for Badi’s looming star potential in the process.

Badi began to experiment even further with her voice. It is at this point mouth percussion and rhythmic body percussion became part of this exploration. These elements were intuitively combined with her already impressive guitar approach thus creating excitingly fresh sounds that complemented her vision as musician and performer.

Just as Badi’s innovative new direction began to emerge, opportunities began to present themselves; with 1994 came her association with the independent label Chesky Records. Her first album, entitled Solo, introduced Badi as a potent force in the guitar world. Her international stature grew with the release of her second album “Rhythms” in 1995. In fact, Rhythms was lauded as one of the most important guitar recordings of that year. The album won Guitar Player Magazine’s Readers’ Poll for “Best Classical Album of the Year” (The Guitar Player editors jokingly commented: “not a classical album but played on classical guitar…close enough!”). In addition, she was voted “Best Acoustic Fingerstyle Player” by Guitar Player magazine’s editors.

Assad fulfilled her Chesky contract with 1996’s beautiful anthology of Brazilian guitar composers appropriately entitled Echoes of Brazil. Then in 1997, Badi was quickly signed to her first major label contract with PolyGram. The result is the ambitious and critically acclaimed ethno-pop soundscapes of her sophomore album, Chameleon and the WORLD was ready for her.

Badi Assad, with Chameleon, took Europe by storm. Her breathtaking appearance on the French night-time talk show Canal+ was seen by over two million viewers leaving the hosts speechless and the studio audience on their feet! In July 1998, Badi played Europe’s most renowned summer festivals sharing the stage with such artists as Cassandra Wilson, Joe Cocker, Maria Joao and fellow Brazilians Chico Cesar, Marisa Monte, and Gilberto Gil. The single, Waves, landed in Spain’s Top 10 for many weeks and was later included in the soundtrack of the Hollywood movie It Runs in the Family, starring Michael and Kirk Douglas.

In 2003 she recorded 3 Guitars with the jazz masters Larry Coryell and John Abercrombie, for her former label Chesky Records. In the same year she released Ondas, for GHA, a record label in Brussels, Belgium.

In 2004 she signed with the acclaimed German company Deutsche Grammophon, releasing 2 albums: Verde (2004) and Wonderland (2006).

As Badi loves to recreate songs, she brought in Verde a bossa-nova style to ‘One’ by U2, a tango flavor to ‘Bachelorette’ by Björk; and for Wonderland she brought to her own world songs by Eurythmics, Vangelis and Tori Amos among others.

Wonderland was selected among Britain’s BBC 100 best CDs, and it was also included among Amazon.com’s Best 30.

In 2011 Badi started a new project with her brothers Sérgio and Odair plus their daughters Clarice and Carolina, as a Quintet. They have been touring the world.

In 2012 Badi made her first trip to India at the invitation of the Brazilian Embassy in a side event of the visit of the Brazilian President Dilma Rousseff at BRIC countries meeting. In July She traveled to Italy to be part of the ‘Venice Biennale of Dance’, performing live with the acclaimed dance company from Bahia BTCA (Bale of Theater Castro Alves).

In November Badi released her first independent and authorial album Amor e Outras Manias Crônicas, through her own label ‘Quatro Ventos. With this project She conquered the award of Best Composer of The Year (APCA/BR); her song ‘Pega no Coco’ won first prize at the ‘International USA Songwriting Competition’ in the world music category and she was selected among the Brazilian guitar masters of history (Rolling Stones Magazine).

In January of 2014, Badi was commissioned by the Guitar Festival Marathon in New York to compose the soundtrack for the screening of the silent Chinese film, The Goddess (1934). Invited to also serve in the role of Festival Curator, she not only performed her composition live at New York’s Merkin Hall, but also received a New York Times highlight as Best of the Festival.
Cantos de Casa, her first CD dedicated to children garnered Trophy Cata-Vento for Best CD of the Year.

In 2015 she was invited to work with the Chicago-based global peace-building organization, Genesis at the Crossroads as the Guitarist/Vocalist in their Saffron Caravan multicultural ensemble alongside Moroccan Vocalist Aaron Besoussan, Arab Israeli Oud Virtuoso, Haytham Safia and Venezuelan Percussionist Javier Saume Mazzei, exemplifying their work of arts diplomacy. Additionally she serves as a panelist on Genesis’ signature roundtables on the arts and conflict transformation and teaches the music and peacebuilding program for the Genesis Academy Summer Institute, a leadership training and peacebuilding educational program for international youth from areas of conflict.

In 2016 Hatched received acclaimed reviews for incubating a new Brazilophilic way to listen to global hits from modern icon labels including Lorde and Skrillex. In 2018 she released her first book, Around the World in 80 Artists (Pólen Livros). The film, BADI directed by Edu Felistoque was named Best Film by The FestCine Maracanaú in Fortaleza, Brazil and had its international debut at the 2018 Brasil Summerfest in New York. In December it won as best documentary at the prestigious ‘LA Brazilian Film Festival”.

Recently it was released Stringshot, recorded with the legendary blues slide guitar Roy Rogers and the virtuoso harpist and violinist Carlos Reyes.

Badi already worked with artists such as Bob McFerrin, Yo-Yo-Ma, Sarah McLaughlin, Seu Jorge and already performed in some of the most prestigious international festivals like ‘North Sea Jazz Festival’ (NE), ‘Brosella Folk & Jazz Festival’ (BE), ‘Stimmen Festival’ (CH) and theaters like Paris Opera (FR), Palais de Beaux- Art (BE), Metropolitan Museum (NY)… She also represented Brasil in the acclaimed American Festivals “Farm Aid” and “Lilith Fair’/US. Each review of her concerts and albums holds the air of discovery; of a new voice for the guitar; of admiration for Assad’s innovation and unusual music delivery. According to the Los Angeles Times, “Badi Assad redefines solo (guitar) performance! Revelatory, a brilliant display of innovation, imagination, and skill… almost hypnotically compelling!”

“Assad is known internationally as an ace acoustic guitarist. She is also a singer – but saying amplifying “also a singer” is tantamount to saying “Charles Mingus also played piano” or “Sinatra was also known as an actor”. Her voice is an instrument – incredibly flexible, capable of soaring a la Joni Mitchell and Flora Purim and getting sonorous & velvety like Cassandra Wilson and Tim Buckley.” (Jazz Review)

“At the Clarice Smith Performing, Assad proved she is much more than a flower child. The 39 year old with a huge shock of a curly black hair is also a stunning finger style guitarist and an eccentric singer in the Bobby McFerrin mold.” (Washington Post)

“Guitar greatness must be genetic. Want a proof? Check out Badi Assad, kid sister of Sergio and Odair Assad. This is serious stuff, played with complete command and vibrating musicianship. Add her stunning, vocals and mouth percussion, and the result is musical magic.” (Acoustic Guitar)

“On other impressive debut album, the young and restless guitarist Assad, like Powell, taps right into that fertile cross-musical terrain where classical, folk and jazz sonorities meet on Brazilian soil.” (Down Beat)

“Guitar-playing super smoothie Assad popularized Brazilian traditional and pop forms in her human show. She sings. She plucks the strings with a virtuosity steeped in classical and jazz training. And she busts out with lots of percussive tricks, using her own body as rhythmic source.” (Time Out)

“While receiving high accolades for her quick-fingered guitar work, Brazil’s Badi Assad is equally dangerous behind the microphone.” (New Times) 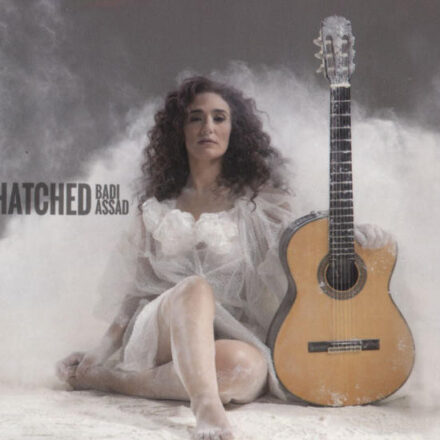 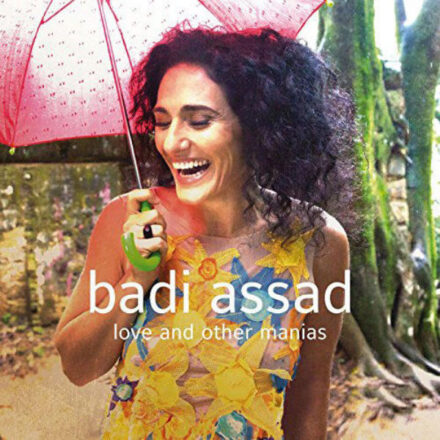 Love And Other Manias 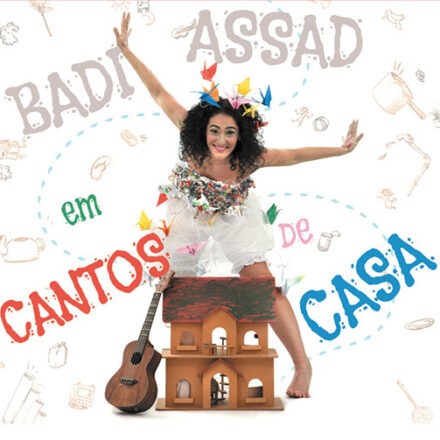 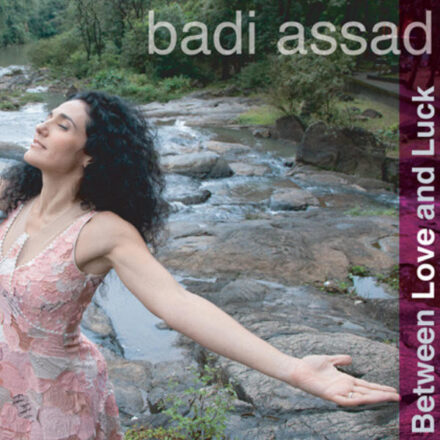 Between Love And Luck 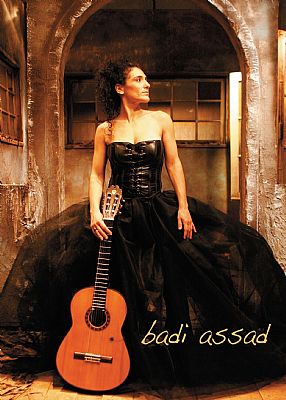 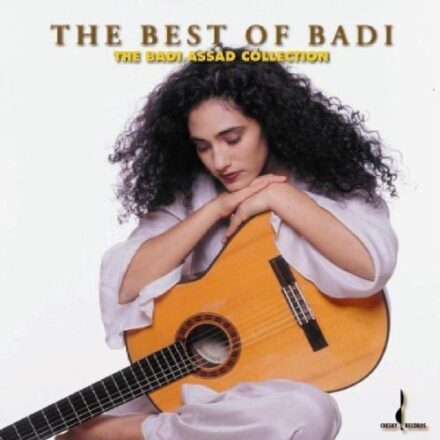 The Best Of Badi 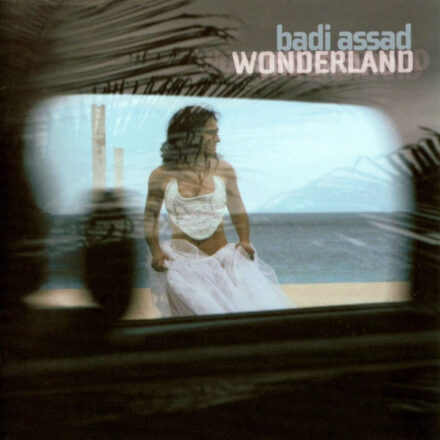 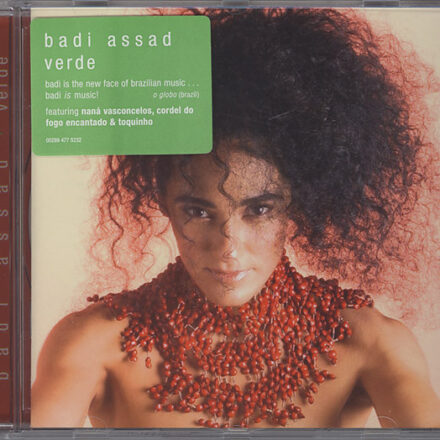 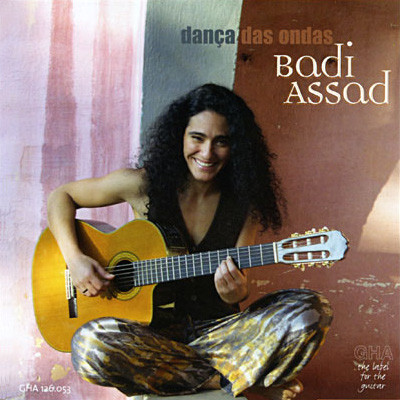 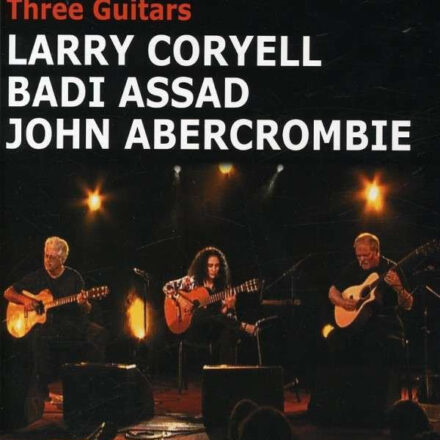 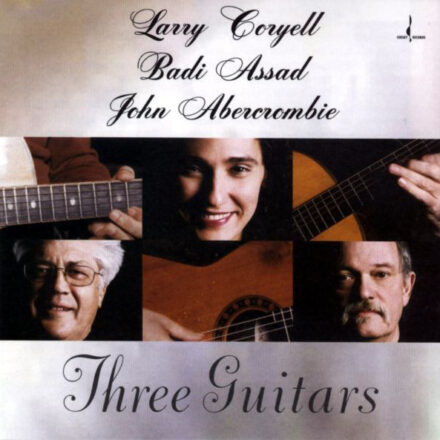 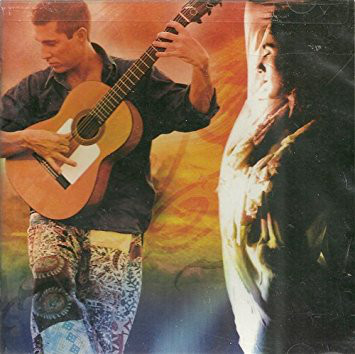 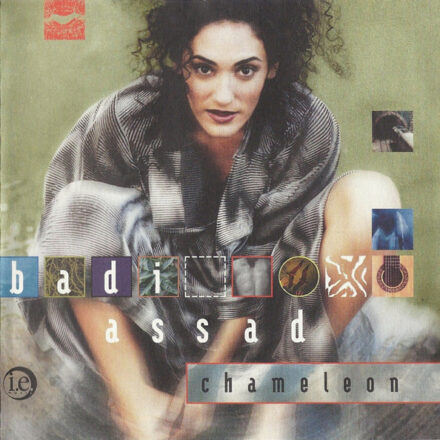 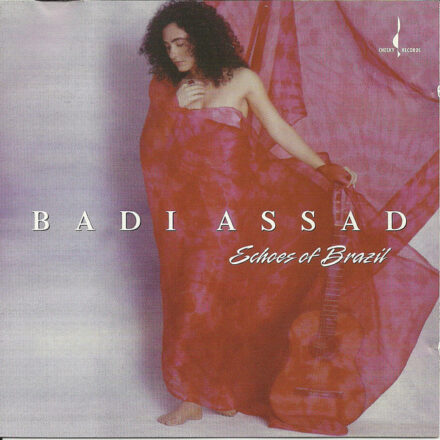 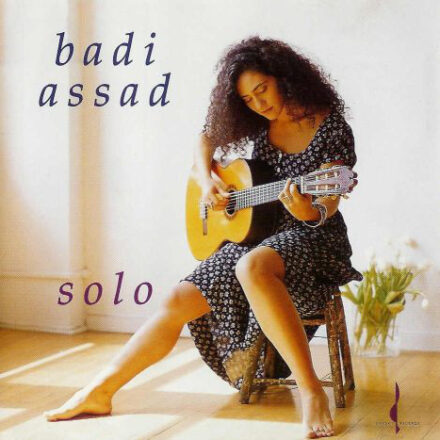 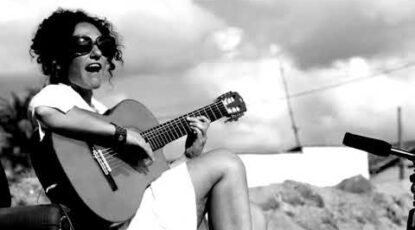 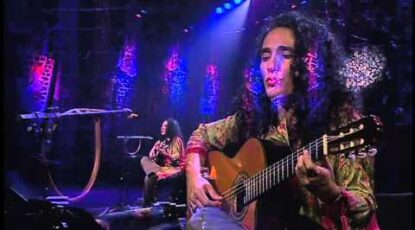 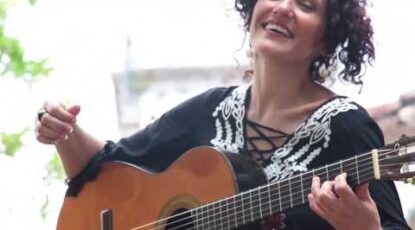 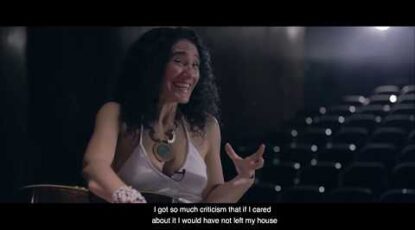 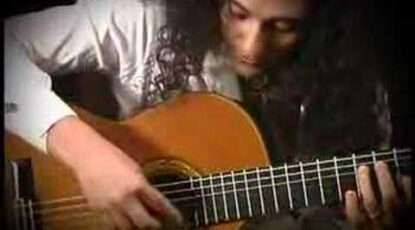 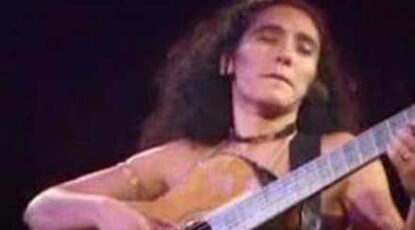 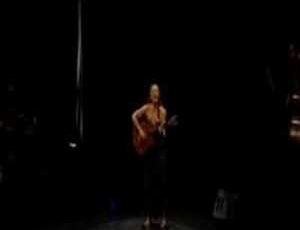 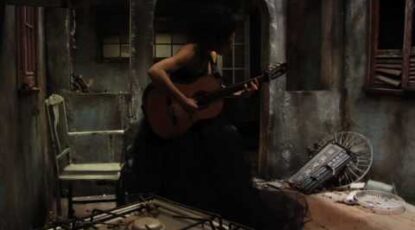