The Klezmatics are world-renowned and Grammy-winning superstars of the klezmer world. They erupted out of New York City’s East Village in 1986 and revitalized klezmer for the new century with music that is steeped in Eastern European Jewish tradition and spirituality, while incorporating contemporary themes such as human rights and anti-fundamentalism with eclectic musical influences including Arab, African, Latin and Balkan rhythms, jazz and punk.

In the course of over twenty years they have released nine albums of wild, spiritual, provocative, reflective, and ecstatically danceable music, forever redefining and transcending traditional labels.

They have performed in over twenty countries at some of the most storied venues and renowned festivals worldwide, including Central Park Summerstage, Carnegie Hall, Pirineos Sur (Spain), Colours of Ostrava (Czech Republic), Pohoda Festival (Slovakia), Jazzsomer Graz (Austria), and the Heimatklänge Festival (Germany).

The Klezmatics have garnered numerous awards and accolades throughout their career, including a 2006 Grammy Award for Best Contemporary World Music Album (for “Wonder Wheel: Lyrics by Woody Guthrie”), a New York Jewish Music Award (Best Klezmer Band, 2006), a GLAMA (Gay and Lesbian American Music Award) and the German Critics Award (twice), and have topped the Billboard world music charts on numerous occasions.

“The Klezmatics aren’t just the best band in the klezmer vanguard; on a good night, they can rank among the greatest bands on the planet.” (Time Out New York)

“Where does klezmer meet American folk music and social activism? Thanks to The Klezmatics, we discover common ground on Brooklyn’s Mermaid Avenue, where Woody Guthrie lived in the late 1940′s. Working with Guthrie’s daughter Nora to uncover some lesser known gems from the pioneering balladeer, the band confounds expectations by tapping into a bluegrassy vibe (“Gonna Get Through This World”) and a 1950′s style pop (on “Mermaid’s Avenue”) as well as into its iconic klezmer energy on such tunes as “Goin’ Away To Sea” and “Wheel Of Life.” Regardless of what flavor a particular track takes on, however, the Klezmatics prove themselves to be sensitive interpreters of any artistic language they choose, shapeshifting their sound around vocalist Lorin Sklamberg’s lithe and heartfelt lead. While the trip along Mermaid Avenue is off the beaten Klezmatics path, it’s a welcome diversion.” (Billboard Magazine)

“What a treat to have Lorin Sklamberg singing in English, with the gentleness and precision non-Yiddish speakers sense in him elaborated and specified by the dozen Guthrie lyrics Sklamberg and his cohort turn into music. He’s cheery for the neighborhood pep rally, transported for the mystic prophecy, tenderly humorous for the lullaby, delicately feminine for the tale of two rings, a wedding singer when the music gets Balkan (or is that Middle Eastern?), a Marxist simp with a Scotch-Irish melody dreaming of roads paved with the “finest of plastics.” One of the age’s signal voices, finally available on terms an Al Green fan can understand.” (Village Voice)

Tuml = Leben. The Best Of The First 20 Years 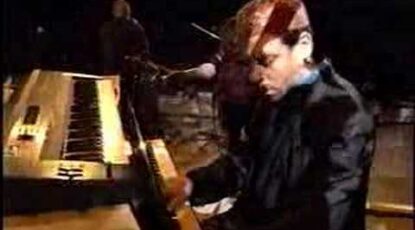 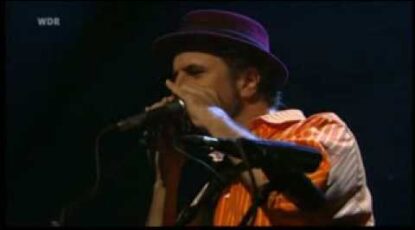 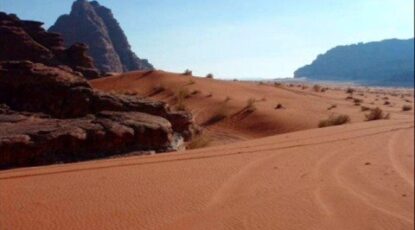 Come When I Call You 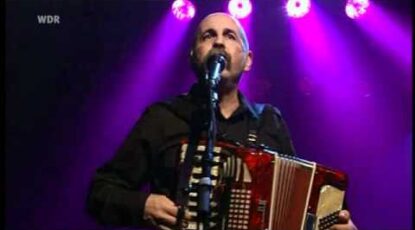 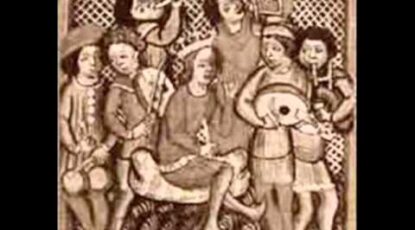 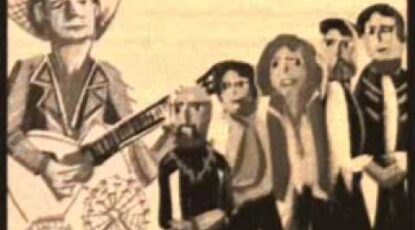