Ritva Nero plays groovy Party Metal Folk without any guitars! The sound of the band consists of the melodies of soprano saxophone, Finnish bagpipes and nyckelharpa, joined with a rock bassist and a metal drummer. Folk dance tunes are cleverly combined with the metal traditions of our time in a contemporary manner. This is music to dance to – headbangingfolk! Party hard!

Ritva Nero was founded in 2017 when the band’s soprano saxophonist Salonen was preparing her Bachelor’s degree concert for the Sibelius Academy Folk Music Department. Her idea was to try a new interesting instrumentation for a band that would combine 19th century folk dance tunes with fast heavy metal drumming (double-kicks and blast beat). The dense low frequency bass-and-drum accompaniment could create its own energetic layer in the music without debasing the nuances and rhythmic details of the tunes’ melodic phrasing, which is one of Salonen’s main interests in folk music.

At the Folk Music Department Salonen met Prauda who is one of the few people who play bagpipes in Finland, at least in the case of Finnish bagpipes. There she also met Lajunen who plays nyckelharpa. These historical melody instruments, Salonen felt, were a nice combination with the soprano saxophone. Fält (Brymir, Feastem) was asked to join Ritva Nero, as he was known for very fast double-kicks playing and Snellman (Poets of the Fall) as a rock bass player had already some experience with Finnish folk music and even with baroque dance music.

Ritva Nero performed for the first time in the spring 2017 in Salonen’s Bachelor’s concert. Their sound was something totally fresh and unheard of in the Finnish folk music scene, even if it was not exactly what Salonen had expected: subtle nuances of melodic phrasing were completely lost. But the audience was enthralled to hear the band’s unique and massive sound just rolling compellingly with the folk dance tunes. After that, Ritva Nero has performed on several major stages at European folk music festivals, including Kaustinen Folk Music Festival (FI), Nordischer Klang (GER), Korrö Festival (SWE) and Guinness Irish Festival (CH).

Since 2017 Ritva Nero has had a collaboration with RED ORANGE arts agency (UK) and in 2021 the band started working with Bafe’s Factory, a ground breaking Finnish record label. Ritva Nero’s debut album Immortal Tradition will be released 14th of January 2022.

Sanna Salonen is a soprano saxophonist and composer, whose works are often inspired by Nordic salon and folk dances from the 19th century. Salonen writes music with a colourful style palette and likes to combine different music styles, such as in Ritva Nero, where folk and metal music have an interesting encounter. As a saxophonist Salonen plays in folk-jazz ensemble Barlast and saxophone-piano duo Salonen & Stein. She is also working in Animagios team, which is currently creating an adventurous musical tale and a board game. Since 2017 Salonen has studied folk music in Master’s Degree in Sibelius Academy.

Petri Prauda is a leading character in the Finnish folk music scene, a multi-instrumentalist and an educator. He has been touring with the supergroup Frigg all over the world since 2000 and played on numerous folk and rock albums. Prauda is currently teaching at the Sibelius Academy Folk Music Department as a lecturer of ensemble and improvisation. In 2010 he founded the 45-member Sibelius Academy Folk Big Band whose cd “FBB” (SibaRecords 2014) won “the Finnish Grammy” award Etno-Emma.

Emilia Lajunen is known for her deep knowledge of tradition, original arrangements and intense stage presence. She graduated from the Sibelius Academy Folk Music Department in 2007 and is now working there as the head tutor of fiddle. Her repertoire consists of Finnish and Nordic fiddle traditions, ancient kantele and bowed harp melodies, ballads and combinations of these. Lajunen has been awarded the 1st price of Konsta Jylhä Competition (twice),”the Finnish Grammy” award Etno-Emma, been nominated for Teosto award and thrived at the NORD08 competition. She plays with the groups Suo, Juuri & Juuri and Duo Emilia Lajunen & Suvi Oskala (WOMEX 2019 official showcase artist). Lajunen is currently working on her doctorate research.

Jani Snellman is a professional electric- and upright player who finds himself cozy playing the bass regardless of the artificial genre limitations. He has wide experience of more than a thousand gigs in all kinds of music from classical to heavy metal around the world. On the field of Folk Music he has recorded and toured in high profile groups like Kouon Frouva, Kiperä and the fearless band of Mallusjoki Folkdancers. The last 13 years his main gig has been the Finnish indie-rock group Poets of the Fall that was founded in 2004. Poets of the Fall has released seven albums, many of them reaching to gold- and platinum sales. The band tours regularly in Finland, Central and Eastern Europe, UK, Russia and India.

Patrik Fält is a model ’87 turbocharged metal drummer from Raahe. He started assaulting the drums in high school and soon began building a reputation among drummers with his numerous drum cover videos on Youtube. In 2005 he joined his first band, the grindcore group Feastem – only to notice that if you want to be able to play 260bpm blast beat with a relaxed technique you might want to get some tutoring from a pro. Hence Fält went in 2007 to learn from Kai Hahto (ex-Rotten Sound, Nightwish, Wintersun) and since then he has been known from his brutal clockworklike blast beat. Nowadays he tours with Brymir and – having Sámi roots himself – with the Sámi rapper Ailu Valle’s band Trio Boogiemen.

“Immortal Tradition” is a collection of dances that were fashionable in the 1800s; such as polka, mazurka and maanitus, that have now in true spirit of the 21st century evolved into massive festival thunder. Explosive elements have been borrowed from the metal tradition of today, whereas the melodies drew their inspiration from dance repertoires that were present, and partly still are, in the Finnish and Border Karelian regions.

“Spellbinding instrumental folk music with a metal twist to it. As so often before, here is another excellent band from Finland that fuses different musical styles into something new and terrific. Ritva Nero calls its instrumental music “party metal folk music”. The end result is hard to describe but it truly is a fascinating modern and fresh take on folk music meets metal. Somehow Ritva Nero manages to play folk music that sounds like metal performed by a folk music ensemble. It’s a bit weird and perfectly wonderful. I love it. It’s modern yet traditional. It’s folk music but soaked in metal.” (Roppongi Rocks, Japan)

“From Finland, Ritva Nero, who describe their music as Party metal folk. And I love the instrumentation. The band’s lead instruments are Finnish bagpipes, soprano sax and nyckelharpa.” (BBC Radio 3, UK)

“If we call music an art form there are some artists who really know how to prove that in big spotlight. As a person who really loves experiments in music, especially with folk elements, Ritva Nero and their album “Immortal Tradition” is my piece of cake.” (Abaddon Magazine, Serbia) 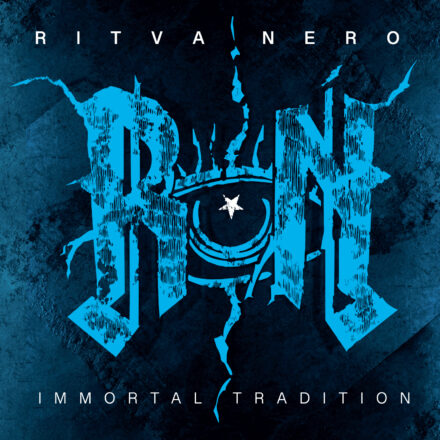 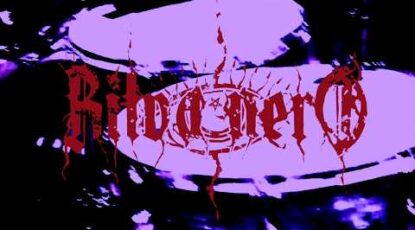 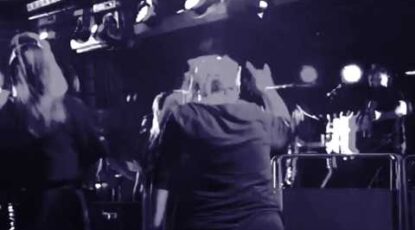 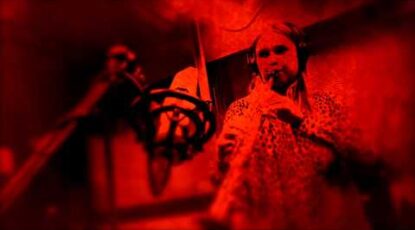