Lüla Reyna is a Mexican singer and songwriter dedicated to the rescue and fusion of World Music. She has performed in Mexico, Spain, Germany, Canada, Cambodia and Vietnam. She has caused great interest with her album ‘Madre Mestiza’ thanks to her powerful voice that makes an emotional connection with the audience, and her unique way to fuse the Mexican music with different world rhythms.

Lüla Reyna is a versatile artist with music, literature, theatre, sound effects and musical production. Her vocation for cultural management and the conquer of international audiences has her immerse on a search to show Mexican music in different countries and working on a mixed composition as a result of her passion for the multi-culture and the world’s roots union.

In 2014 Lüla Reyna embarks on the adventure of producing her first album in Mexico and Spain with 18 musicians from both countries. ‘Madre Mestiza’ takes an approach to the influence that other cultures have had on Mexican music, through new compositions returning to the roots and deconstructing the meanings of World Music. Each song portrays the Mexican collective imaginary and popular languages exquisitely harmonized with traditional genres.

Lüla Reyna has shown her versatility in arts with music, literature, theatre, incidental sound and musical production. Her vocation for cultural management and the conquer of international audiences has her immerse on a search to show Mexican music in different countries and working on a mixed composition as a result of her passion for the multi-culture and the world’s roots union.

The singer-songwriter has her inception in music at the age of 10 when she learned self-taught to sing and to play guitar inspired on her uncle and mother that were at that time popular singers on the Tequila county. On 1998 she takes part of a trío named Ye-Cuica. They surprised the musical scene of cultural centers and coffee theatres from the town for about five years. She performed as opening act for Óscar Chávez, Tania Libertad, among others. Starting from 2002 Lüla Reyna begins her career as Cultural Manager of the Guadalajara city hall, working on spreading Guadalajara’s art scene all around Mexico. On 2006 she joins a group called Pneumus as their incidental sound person in charge and marketing director. Three years later, while on this multi-disciplinary Arts Company, she produced a tour from the center to the west of Mexico with the help of CONACULTA (National committee to support culture and arts). On 2007, among Rodrigo Orellana and Roberto Ramírez, she establish Circo Dragón, a company dedicated to create contemporary theatre-circus shows, at that time she was the Communication and Marketing Director, then in 2010 she wrote and produced “XEMPA”, a show that gathers the most beautiful Mexican traditions and take them to all around Mexico. She also was the scriptwriter and composer of the main songs for that play.

At that time Lüla Reyna made an important approach to the traditional Mexican culture, her curiosity to know the antique music starts to grow, so she begins to seek for pictures, poems, LPs, cassettes, and pieces of craftsmanship from all around Mexico. She approaches to the little towns and their oldest traditions, to the tequila, to the sea, to the death…

After a selection of songs to get to be known, and after finishing different guitar and harmony diploma degrees, on 2008 Lüla Reyna performed her show for the first time in front of an audience on the Mazatlán Music Festival (Mexico). She gathered well-known jazz and traditional musicians to join her on stage while she played guitar and singed a fine repertoire of Mexican music with a subtle contemporary twist to the harmony, and also she began to incorporate her passion for craftsmanship and traditional dolls to the stage.

On January of 2011 Lüla Reyna starts a journey to Spain to study a Music Enterprise Business-oriented degree on the Valencia University. Meanwhile she performed acoustic shows in Madrid, Barcelona, Logroño, and Valencia with great approval from the audience. She was invited by the Sala Negra theatre company to participate on the play “En espera de arrabal”, in which she composed many songs that she performed live among pianist Ínigo Moñux.

On 2013 she made a personal trip to Southern Asia, where she performed in Cambodia and Vietnam with the challenge of performing Mexican music to different audiences around the world. Four months later she travels to Canada to live the experience to work on the fields with fellow countrymen from different states of Mexico that got the need to leave the country due to the hard times on the Mexican agriculture. This life lesson fueled her inspiration and gave her a bigger comprehension and vision of our actual culture. Afterwards she performed in Oliver, British Columbia, that night, Lüla Reyna, her musicians, and their audience shared tears and laughter on the most honest way.

On 2014 she got back to Spain to reunite a Valencian jazz trío named “Los Gachupines Band” whom perform Lüla’s music with a unique style.

That very year Lüla Reyna embark the adventure of producing her first album “Madre Mestiza” in Mexico and Spain with 18 musicians from both countries, having the funds from different institutions who supported her project due to the high cultural content that “Madre Mestiza” represents. From the Jalisco’s Culture Ministry to a successful crowdfunding from Verkami, and finally the SGAE foundation gave her the support to publish and to promote “Madre Mestiza”, which is presented to the audiences on November of 2014. Simultaneously she debuts the video clips for the “Madre Mestiza” and “La Llorona” tracks, directed by well-known artists from Mexico and Spain, respectively.

Since then, the “Madre Mestiza” Tour have traveled the main cities of Mexico and Spain in 2015. She is currently working on the composition of her second record.

“A Corrido dances with Dixie, a Sandunga seduces to Jazz, a Ranchera becomes Manifesto, and a Son Jalisciense radiates all folklore of years of tradition” (Mural, Mexico)

“A disc impossible to tag for its originality.” (Diario Imagen, Mexico)

“She goes out with guitar in hand and Mexican color. A smile that captivates and a voice that moves something in your soul.” (Fisura, Spain)

“Last night Lüla Reyna pulled the tradition of the classic seams of her repertoire. The singer sang to love, pain, oblivion, intolerance. She unburdened her deep voice wrapped with the sounds of a band that gave flight to her dreams, fears and memories.” (El Día, Spain)

“‘Madre Mestiza’ is a celebration of Mexican culture as a fusion of pre-Columbian and European influences.” (Diario Cultura Autlán, México) 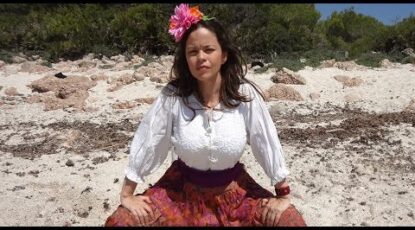 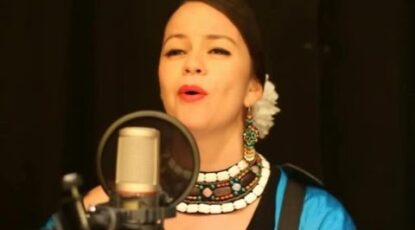 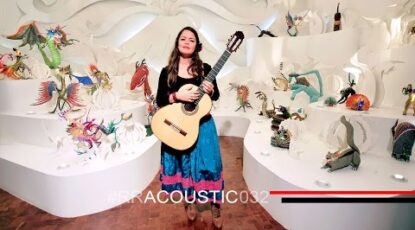 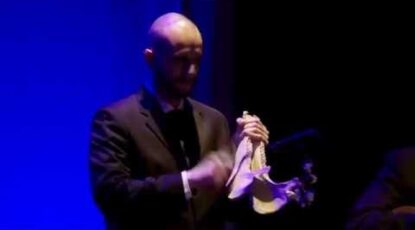 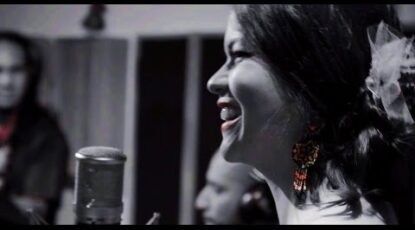