Since the release of her debut album ‘Free’ in 2015, Lara Leliane continues to break boundaries with her hybrid sound influenced by jazz, pop and classical music.

‘Birdwoman’, released in February 2022 under the independent record label Homerecords.be, was recorded at the mythical Jet Studio and produced by the Brussels based sound engineer Rudy Coclet, known for his collaboration with artists such as Arno, Axelle Red and Simple Minds.

Lara Leliane sings and writes in English and in French.

Her minimalistic songs deal with themes like alienation, dreams, desire, mythology and reflections on the nature of time and love.

She works together with an international team of very talented musicians.

Birdwoman is the dramatical character created by the Antwerp-born singer-songwriter Lara Leliane as the antihero of her third opus. The album, produced by Rudy Coclet (Arno, Simple Minds, Axelle Red), embraces different musical registers such as pop, jazz and electronic music.

The songs deal with the feelings, the thoughts and above all the battle of Birdwoman. She is like one of the characters in the paintings of Paul Delvaux. She is surrounded by others and still she seems perfectly isolated. Birdwoman is hypersensitive, anxious and extremely shy. But she is also passionate, determined, euphoric, and full of poetry.

She has big hopes and big dreams. She tries to relate to the world and to the people, longing for connection. Through this “chamber pop” album Lara Leliane reinvents herself once more and shows us the artist she is, that is to say, uncompromising, not remaining in one single genre, with in the center always her animated voice.

The musicians involved in the album are:

“She was at the Rotonde du Botanique this Friday, October 12 to present her album in a reduced committee. Invited to ensure the first solo game, Lara Leliane will do more than defend herself. Like Nadine Khouri the day before at the Orangerie in support of Low, the Antwerp resident will captivate a wise and disciplined audience, simply accompanied by her guitar. Between a composition in support of refugees, a poem by William Blake set to music (“Sunrise”) and a cover by Alela Diane (“Every Path”), her folk set, a touch of protest à la Patti Smith, will highlight a firm and soft voice at the same time to which it is difficult not to succumb.” (Music in Belgium)

“Once is not custom the Homerecords label offers us today an artist, who leaves in a universe made of ballads and pop-folk where, the young singer Lara Leliane poses committed and carrying texts on soft melodies made of delicate guitar and percussion arpeggios. A universe both soft in its artistic conception and at the same time nervous through lyrics, which denounce the sad facts of our society. Accompanied by the excellent guitarist/bassist/arranger Nicolas Dechêne who is also the traveling partner of the singer/composer/performer Ilia, the young lady explodes, if I may say so, all her fragility and her personal perception of the world around her. Obviously reminding me of great figures of folk and pop music like Joan Baez or Suzanne Vega, the artist perpetuates this art of building beautiful songs from next to nothing (without being pejorative). A few guitar chords, hints of brass and snare drum, serve here as a balanced background sound for a unique and sensitive voice, which inevitably transports the listener to another dimension. A vocal organ that travels on a wide range of timbres, one more asset to this already great artist in the making who sails between poetry and revolution! Tenderness, sweetness, beauty and perhaps also melancholy color a very beautiful album that we had to produce no matter what! The artist Lara Leliane seems to be a safe bet for the future of Belgian song, so here is the opportunity to discover her in the days following the official release of her album. To discover that for sure!” (Music in Belgium)

“Lara Leliane’s music can be summed up in two words: ‘Quiet strength’. Already a child, Lara Leliane was immersed in music. Mama Leliane cradled baby Lara to the sound of sweet recitals by Bach, Mozart, Chopin or Brahms on her piano. Already having a sharp ear, it was at the age of 6 that Lara began to learn the transverse flute, to later turn to the piano and the guitar. ‘Free’ is the purest reflection of Lara’s symbiosis with emptiness and nature, but also with her dark desires and ideas. With her first album, we dive headlong into the legendary world of Lara. Always in a dynamic of exchange and meeting, the singer on stage pushes her bond with the public to the extreme which, for her, must be a mutual sharing.” (Airtv)

“This disc is beautiful like a morning mist over the Hautes-Fagnes, the slow flow of a forming stream, the serious sneeze of a black grouse in courtship display. God it’s beautiful. These muffled brass instruments, these flutes, and this harp which returns so often as in a dream à la Joanna Newsom. And then those whispers of children in the distance, those noises of birds; of ‘joiejos’ as she says with a northern accent that we guess forced (track five, great moment – licked like a title of ‘Wool’, this very precious album of the Nits). And this dream of a Spain, of an Andalusia such as must not have existed for a long time (wonderful ‘La prima vez’). Lara Leliane therefore signs a first manifesto in her image – she grew up in Antwerp, she lives in the Condroz –: adventurous, traveler, multicultural, on the borders of jazz, world (we hear oud here and there), folk obviously. Lara Leliane is free. As a bird. Like air.” (RifRaf)

“Out of the woods with her first album under her arm, Lara Leliane peddles ten free and uninhibited songs. Made in the recesses of the imagination, her melodies graze the bark of pop and climb the branches of folk music with the desire to climb ever higher. Her voice perched on French, English or Spanish words, the artist explores her feelings with naivety and refinement. Between the ghost of Lhasa, the soul of Hanne Hukkelberg and some childishness stolen from Camille’s playground, Lara Leliane invents a little bohemian troquet, a bucolic cabaret where the regulars drink tea in the company of CocoRosie and Juana Molina. A perfect place to dream. Detached from the world.” (Larsen)

“Lara Leliane released an album on the Liège record label Homerecords.be, a label that excels at releasing adventurous folk music. Leliane goes a step further – on “Free” she mixes different forms of world music with folk and jazz and creates a beautiful, melancholy own music form that, thanks to her beautiful voice and the magnificent arrangements, makes a crushing impression. Leliane not only sings, she also plays guitar, flute and drums and composed the music. She invited the perfect musicians for this – former player Tristan Driessens, bass clarinetist Frans van Isacker, who colors beautifully with the warm voice of Leliane, and the sublime drummer Jens Bouttery and bassist Rui Salgado. A magically beautiful album.” (Moors Magazine)

“As a child, the Belgian musician Lara Leliane (vocals, guitar, percussion, flute, composition) was mainly presented with classical music. She later found her own way in this, which is now convincingly presented on her debut Free. That “free” probably refers to the fact that she has now found her own style. That has become a melting pot of folk, world music, jazz and soul, which betrays her classical background. Together with musicians on oud, double bass, drums, harp, clarinet, saxophone and vocals, she performs her wonderfully rustic, melancholy songs. They are of pure desolation, but also contain the atmosphere of a sultry summer evening. As a result, the songs take you by the hand and offer comfort instead of making a depressed impression. In her own way she ends up somewhere between Lhasa, Half Asleep, Dez Mona, Sade, Françoiz Breut and Donna Regina. And then she also brings a fantastic version of the Sephardic traditional song “La Prima Vez”, which is also beautifully sung by the great Owain Phyfe. The album is as surprising as it is varied and wonderful. That’s what you call a dream debut!” (De Subjectivisten)

“No psychedelic violence or pounding electronica this month, but a modest whispering singer-songwriter who quietly demands your attention. And quite rightly so: singer Lara Leliane, born in Antwerp but living in Brussels, easily stands head and shoulders above the average songwriter level. Her songs show a mature singer-songwriter sound, as can be heard on Feist’s The Reminder or Alela Diane’s later records. Jazzy arrangements color songs like “Nothingness”, also provided with a beautiful slide guitar, or “Little Master” very nicely. However, it doesn’t stop there, and bass clarinet and harp are also nicely interwoven in the whole of the music. The subtle percussion is also in exactly the right place. Leliane’s warm voice then finishes it off nicely. The singer can be admired on various stages throughout Belgium in the coming weeks and months, and her debut “Free” will be released very soon. Allow us to bring out a woolly cliché: it will undoubtedly become a record like a soft, warm blanket.” (Enola) 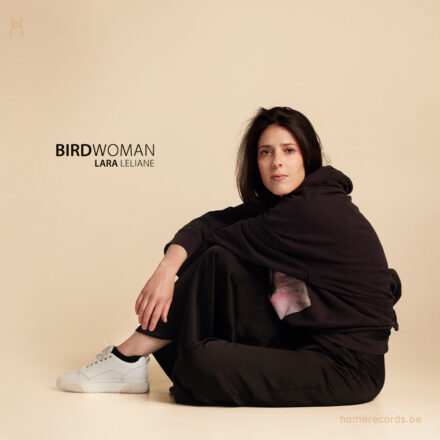 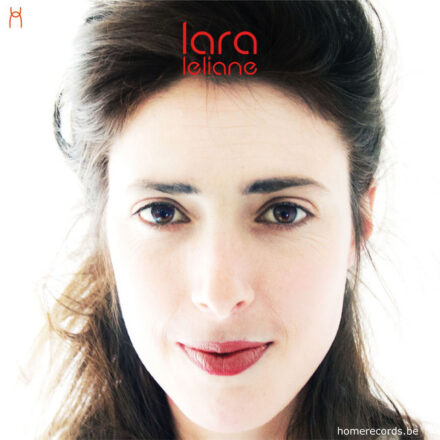 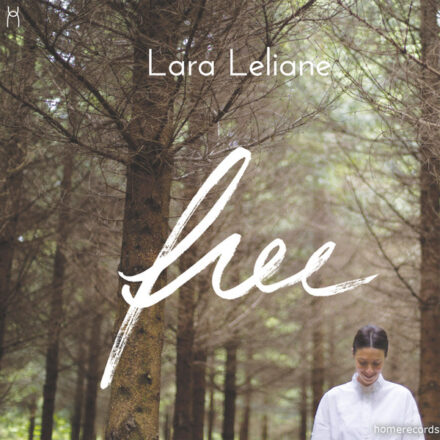 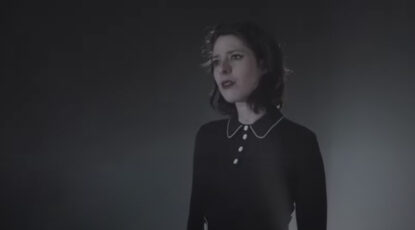 Lara Leliane: “What Are We Doing Here” (Official Video) 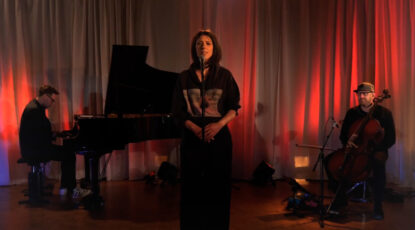 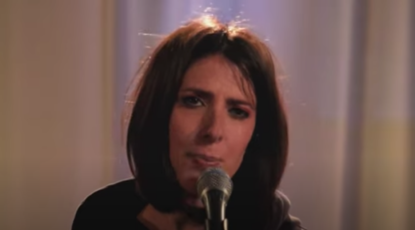 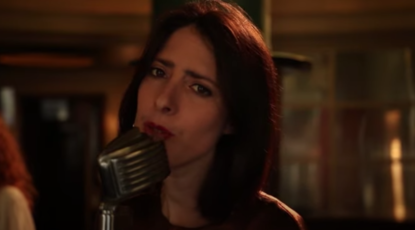 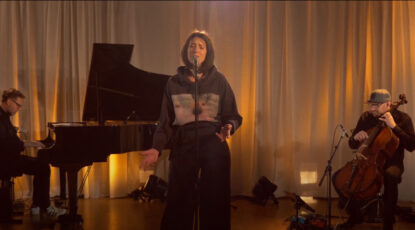 Indie Chamber Pop, on the borders of world, jazz and folk.