Kiran Ahluwalia is a modern exponent of the great vocal traditions of India and Pakistan which she honors intensely yet departs from in masterful, personal ways. Her original compositions embody the essence of Indian music while embracing influences from Mali and Western blues, rock, R & B and nuances of jazz. With her 5-piece group of electric guitar, accordion, organ, tabla and drum kit, Ahluwalia creates boundary-breaking songs that invite us to explore the human condition, transcending the self by losing ourselves in a trance of groove and melody.

Born in India, raised in Canada and currently living in New York City – Ahluwalia has long been on a path to master the art of singing and composing. “When I was growing up in India”, she recalls, “there were concerts that people from all over would crowd into. These concerts featured a repertoire, language and content that was both demanding and beyond the experience of a child. I was, however, entranced by the sound and feel of the music, even from an early age.” My father would play tapes of Indian music for me and we would also listen to Bollywood on the radio”, Kiran recalls. “So when a song came on that I wanted to learn, my mother would quickly write down the lyrics for me and I would sing along to learn the melody”.

From the time she was seven, Kiran immersed herself in Indian music. When the family immigrated to Canada she continued her musical training alongside her regular school. After graduating from the University of Toronto, she returned to India where she spent years of intense deep study in music. Back in Canada in the late 90s she followed more mundane pursuits – she got an MBA in Finance and started working as a Trader. And there it might have ended if Kiran had not had recurring visions of being on her deathbed not having lived out her passion. So she left the world of business and threw herself totally into a life devoted to the making of her own music.

Her discography now seven albums deep is one of global music’s most interesting adventures and have featured collaborations with legendary Malian group Tinariwen, Celtic fiddler Natalie MacMaster and fado masters from Portugal. Kiran’s own band is directed by Rez Abbasi whose accolades include being in the Top 10 guitarists on Downbeats Critics Poll. Her last six albums have garnered her two JUNO (Canadian Grammy) Awards, two Canadian Folk Awards, the UK’s Songlines Award and peak rankings on the European World Music charts.

Her new album, 7 Billion to be released May 2018 is a melding of blues, R&B, rock, jazz with Indian vocals. In Kiran’s words, “When you take different styles and merge them together and you don’t want a simple cut and paste then you’re really developing a new hybrid genre. There are blueprints to help you. For me it’s important to blur the musical boundaries between my Indian background, influences from Western sounds and the things I love from West Africa namely Mali. It’s incredibly invigorating when I feel a connection in expressions from different cultures and then figure out ways to connect them seamlessly in my music. Those moments of discovery are nothing short of sublime. It’s really the essence of everything for me.”

Writing both words and music, Kiran’s songs speak of: fighting civil wars within ourselves, realizing female desire by throwing away shame, untying knots that bind us to stale embraces, seducing a shy lover, of not having learned how to live, and about rage against the middlemen and institutionalization of religion. The new album also features her composition of a 1990s Pakistani Urdu feminist poem – We Sinful Women.

Saat (seven) – the title song of 7 Billion explores aspects of cultural intolerance – the loss of ‘brotherhood’ in mankind. Says Kiran, “It is a theme close to my personal experience. My story is that of an immigrant born in India and raised in Canada. As an immigrant child the hardships we faced were touted as temporary – the effects were permanent. On the one hand, I developed a wonderful double culture – two sets of wardrobe and multiple languages to think in. On the other, I developed conflicting etiquettes and ways of doing things that were neither ‘fully’ Indian nor ‘fully’ Canadian. The earth now holds seven billion people; for me this means there are seven billion unique ways of interpreting things. Yet wherever we live, the majority’s way of doing things becomes the norm; and whatever is different and foreign can be easily mistrusted. The consequence in a large immigrant based population such as ours is cultural intolerance and difficulty in embracing newness.

Her ease of manner on stage makes her a unique and inspiring performer whose legion of fans continues to grow with every captivating performance. Kiran has toured regularly in North America, Europe and has performed at desert festivals in Mali, Morocco and India. Her music has garnered glowing praise from critics around the world. “Ahluwalia is busy honing a transnational sound as fresh as tomorrow” (Seattle Times) and “Hers is a voice destined to enchant more than one generation” (fROOTS, UK). Her compositions and arrangements are a reflection of an ongoing quest to create timeless music in a modern and global context that looks to the future while still maintaining a vital line to its storied past.

“Her crystal clear voice arched superbly above rhythms that coursed through the audience… an evening of fascinating, newly revealed music.” (Los Angeles Times)

“She has a voice destined to enchant more than one generation.” (fRoots)

“Ahluwalia’s voice is caressing and seductive and her arrangements are magnificent.” (Songlines)

“A powerful woman who has a depth of character in her wonderfully pliable, expressive voice.” (The Observer)

“If you listen to one new release this week, make it: Aam Zameem, the latest album from Kiran Ahluwalia…: (The Washington Post)

“Her boldest, richest release to date.” (The Boston Globe)

“…Ahluwalia is assuredly the star of the show. Her voice is a real treasure: it has the measured quality that comes with fine training, but a very natural warmth, too..” (About.com)

“Deliciously funky… We like it, a lot.” (Time Out New York)

“Ahluwalia makes it work because she and her fellow musicians – not just members of Tinariwen but also Terakaft – seek genuine points of contact. Their connection comes not just in similar drum sounds, or a proclivity for bent vocal notes, but in seeking the real emotional center of these sounds, the sense of suffering, persistence and overcoming that pervades many kinds of traditional music.” (Blurt)

“Some of the most incredible world music that you’re likely to hear this year.” (Campus Circle)

“Potent and deeply satisfying… the gems stack up on Aam Zameen… [Ahluwalia is a] powerhouse on the world music scene.” (World Music Central)

“Kiran Ahluwalia is a unique and inspiring performer and composer, whose legion of fans continues to grow with every captivating performance.” (World Music Central)

“Kiran is a true innovator who looks beyond her own heritage to create a musical world where geographic boundaries no longer apply.” (World Music Network)

“A heady hypnotic mix of Indian rhythms and desert blues.” (The Toronto Sun)

“A fascinating cultural fusion that surpasses all expectations.” (ffwd)

“A noteworthy release from start to finish… I highly recommend it.” (About.com)

“Ms. Ahluwalia is an example of a pioneering artist of the first order.” (Afropop Worldwide)

“One of today’s most popular exponents of creating hybrid musical styles.” (Calgary Herald)

“The seemingly effortless melding of these two transcendent styles elevates both to a higher plane.” (Globe & Mail) 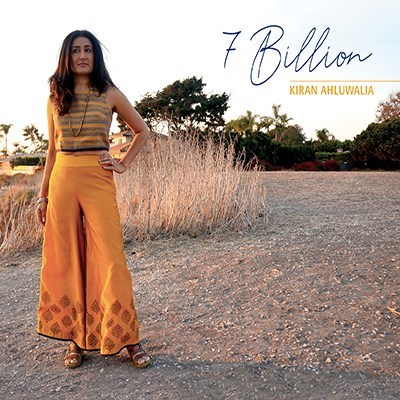 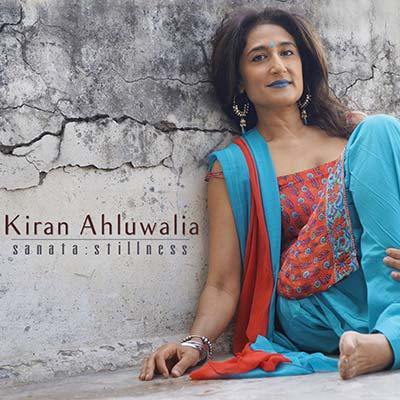 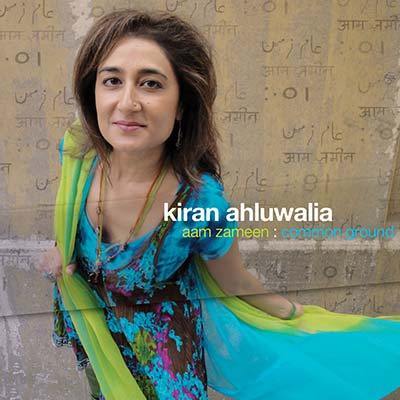 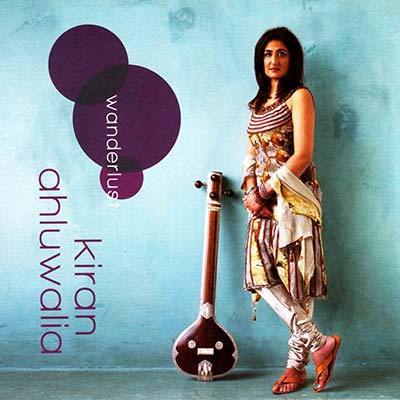 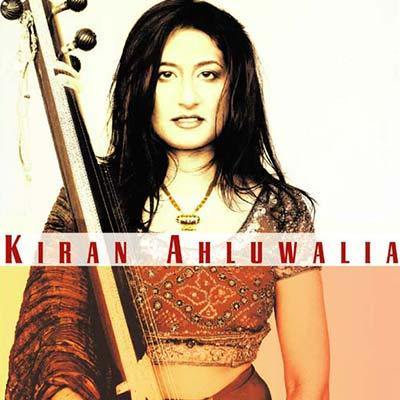 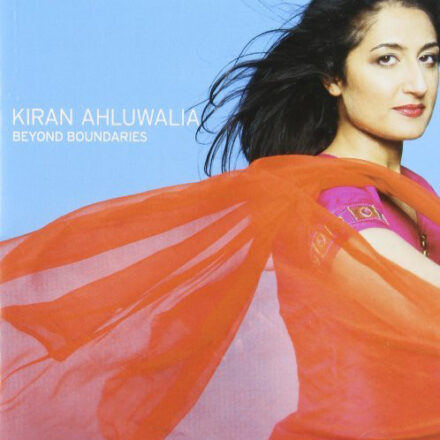 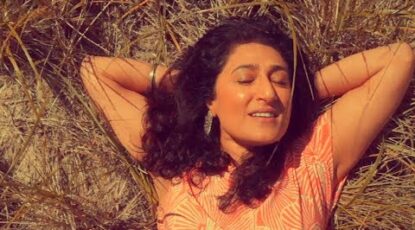 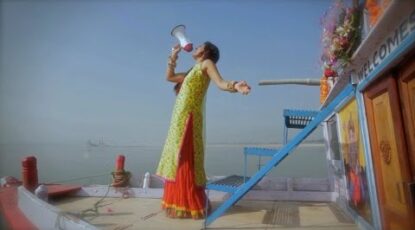 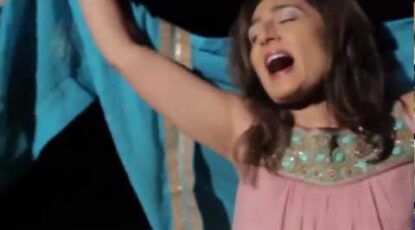 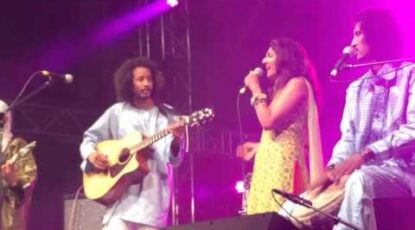 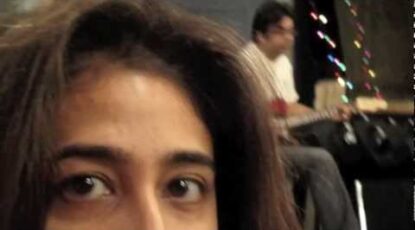 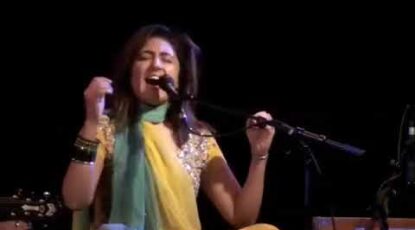 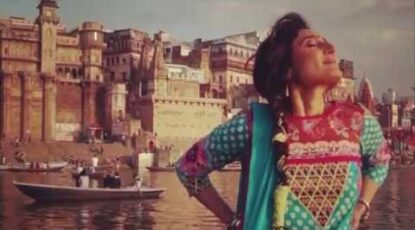 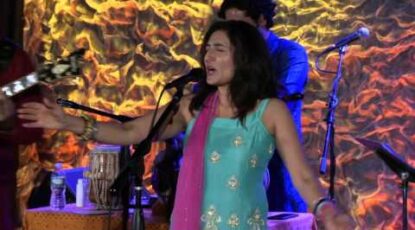 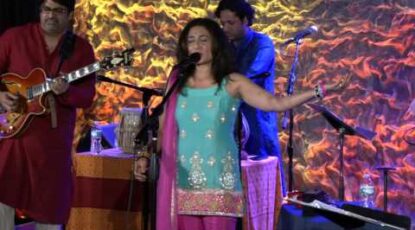 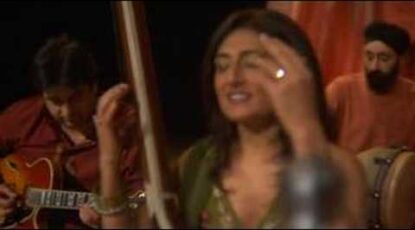